When you meditate, you just feel better, don’t you? All the noise has left your head, your breathing is steady and calm, and you feel at peace. There is a visceral feeling that everything is okay.

People have long practiced meditation to reduce feelings of depression or anxiety. People turn to it for the mental and emotional effects, but meditation can also produce sound physiological effects, and it turns out that there is science to back up that claim.

Researchers say that meditating for as little as 10 minutes can bring about amazing physiological effects.

People who have been studied show increased alpha brain waves; these waves are prominent when a person is in an awake but relaxed state. Harvard researchers used MRI to scan brain activity while research subjects meditated. Interestingly, the parts of the brain that control the autonomic nervous system were activated. The autonomic system controls passive functions like blood pressure and digestion.

Unfortunately, these functions are usually very affected by stress. The study of 44 patients showed higher cognitive function but also showed changes in brain structure. They found that those who meditated had larger volumes of gray matter in the areas of the brain that control responses to stress and regulate emotions. The researchers concluded that these changes are the reason why long-term meditation, no matter what form it takes, has worked on those who practice it.

In another study of 20 long-time meditation practitioners, the subjects showed altered resting EEG patterns, meaning that their overall brain activity had changed. MRI was also used in this study, and the MRI showed a thicker cortex in the areas of the brain that are associated with attention span. Interestingly, the cortical thickness was more pronounced in older people, suggesting that meditation might counteract the inevitable cortical thinning that comes with age.

Several researchers have measured meditation’s effects on hormones. People who meditated for a four-month period had significantly less amounts of cortisol, a hormone that the body churns out in times of stress. The outward effects of less cortisol were that they were much more equipped to deal with stress in their daily lives.

Several research studies have shown meditation to be an effective aid against pain and heart disease. In one study, 60 patients with atherosclerosis practiced meditation for a nine month period. There were also patients in the study who did not meditate. Artery walls became less thickened in the meditators and those who didn’t meditate experienced more thickening of the artery walls. When researchers extrapolated the thickness changes to heart attack and stroke risk, they found that the meditation group decreased their heart attack risk by 11 percent and their stroke risk by 15 percent.

Meditation has also been studied in cancer patients, like in this study made up of 90 patients who practiced meditation for a 7-week period. Those that did it were less anxious and depressed and had less anger about their illness. They also reported that they had more energy.

Meditators make more antibodies to diseases like influenza than non-meditators do, in a study entitled, “Alterations in Brain and Immune Function Produced by Mindfulness Meditation.”

Another interesting study measured blood levels of interleukin (IL)-6 and cortisol. Subjects were also asked to take the standardized Profile of Mood States (POMS), which gives a “distress score” for the individual. The meditation group had decreased IL-6 and lower distress scores. High levels of IL-6 are associated with high inflammation; the body makes IL-6 as an immune response to inflammation or other trauma, such as tissue damage or infection. Decreased IL-6 means less presence of challenges to the immune system.

This interesting study looked at pain reduction perceptions and also measured actual brain activity with MRI. Meditators reported lower pain intensity ratings via standardized questionnaire, and this correlated with MRI results that showed reduced activity in areas of the brain known with constructing the pain experience, like the prefrontal cortex.

Meditation has been described as a “highly alert state of mind that requires someone to remain psychologically present.” The act of sitting quietly and focusing on your breath reduces stress. If you’ve meditated for a while now, you know that meditation is very relaxing to your mind and body. If you’re new to meditation, realize that it has great emotional effects as well as physiological effects. It can relax and rejuvenate both your mind and your body. Thank you for reading our blog! How can we help you? Contact us today. 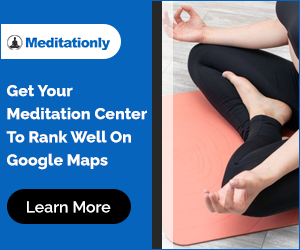